“Back in 1978, Christopher Dean, an Honours Graduate in Social Anthropology and a NSW Government Welfare Officer, was trekking overland through Africa with a group of Australians. Somewhere on this crazy adventure, Christopher contracted a severe infection in his toenail. The infection was regarded as incurable… ”

After 5 months of trying to clear this infection using the knowledge of pharmacists and doctors, as well as folk medicine and witch doctor recipes from around the world, Christopher arrived at the end of his overland trek in London.

Christopher consulted a leading specialist and was advised, after taking swabs, that the infection was regarded as incurable by the London School of Tropical Medicine. He was told that the only known treatment would be to have a general anaesthetic and have the toenails removed surgically and the epithelium (the top skin) scraped to physically remove the infected tissue. There was a serious risk of permanently losing the toenails if the condition was not surgically treated. This would be followed by a severe caustic preparation to attempt to inhibit any regrowth. Recurrence was a very real possibility.

It was at this time that he joined his brother, Michael Dean, who had recently arrived from Australia on a business trip. Michael had brought some precious drops of Australian Tea Tree Oil, an oil renowned through folklore, traditional medicine and early scientific discoveries as an outstanding healing oil, produced by their stepfather, Eric White.

Within ten minutes of applying the oil, the intense itching and agonising pain which had caused bleeding, started to lessen. Within 4 hours the swelling of the toes and the redness had subsided to a near normal colour. Within 4 days there was a total remission of all symptoms and the feet were completely healed. Christopher realised his step-father had an extraordinary product on his hands.

Christopher and his wife Lynda, with their 6 month old baby made plans to return to Australia and rejoin Christopher’s step-father, Eric White, in helping him in his dream to resurrect the Tea Tree Oil industry. 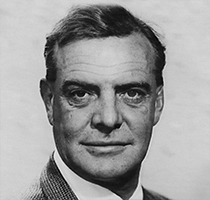 It is worthwhile going back a bit in time to understand how Eric White, a cine cameraman with ABC, a man who had worked on exciting movies around the world including African Queen, King Solomon’s Mines and Hatari in Africa before he emigrated to Australia, had now set his mind, not on movie making, but on the mission of bringing to the world stage, the remarkable qualities of this amazing Australian product. Eric had single mindedly searched the wetlands of Northern New South Wales, identifying through painstaking searching of remote swamp land, the location of all of the major stands of Melaleuca alternifolia still left standing after the overwhelming destruction of the previous 180 years of white colonisation.

The Tea Tree was regarded as a pest and wetlands were regarded as targets for drainage, landfill and restoration into low grade farmland for cattle, sugar cane, or soy beans. Eric White was certain that this short, unloved tree held a secret far more precious than any of these imported agricultural crops.

He persevered alone, often regarded as a fool, following his dream of identifying the purest genetic band of Tea Tree Oil producing trees and attempting to reproduce this band of high grade quality trees as a plantation. In doing so, Eric was overcoming one of the fundamental problems in essential oil production world-wide. The problem being the enormous range and variation in quality which occurs naturally.

This never more so, than in Tea Tree Oil where trees can co-exist which botanically seem indistinguishable, yet chemically produce oils of totally different characteristics. One may have an oil of high grade therapeutic value, a boon to man, while alongside a near identical tree can produce an oil which is heavy with cineole, a low grade antiseptic, virtually useless for the multiplicity of therapeutic uses that Tea Tree is famous for.

Eric was the first to hone in on the genetic location of the very best source of Tea Trees in the world. In the Bungawalbyn basin of Northern New South Wales, he located an extraordinary grove of the mother trees and after 4 years of pleading with the New South Wales Crown Lands Department he was granted a lease on which to cultivate the first ever scientifically developed plantation of Tea Tree.

The year was 1976 and the day the lease was granted was a Thursday. Thursday Plantation was born. The land was unusual. Amazing floods swept across this region every year. It was quite common to have up to 18 feet (5.5 metres) of flood waters sitting across thousands of acres of this wetland after a flood.

Yet it was here in the heart of this intermittent lake that Eric chose to realise his dream to establish the Australian Tea Tree industry.

When Christopher discovered for himself the unique and remarkable value of Tea Tree Oil, he decided to rejoin Eric. He was penniless after having spent all of his savings on his overland trek yet he was now driven by the same passion and conviction as Eric.

On phoning Australia to tell Eric about his decision, he found that Eric had suffered a major heart attack and was in hospital, in intensive care with all hope of completing his project doomed. Eric had three successive plantings destroyed by flood and drought. His meager savings had all gone. Now his health was failing and his dream was ebbing away.

With little more than a handful of clothes, Chris and Lynda moved up to live in the wilds of Bungawalbyn. They had no home, nor any money. Their first house was built from the scrounged remnants of a timber scrap heap and what could be salvaged from the local tip. The plantation was 17 kilometers from the nearest mail service and an equal distance from a telephone. There was no power or running water, and the land was regularly flooded and cut off, sometimes for weeks at a time by the awesome floods of the region.

Yet here Christopher could feel the magic in the trees. Here was the largest and most majestic of the medicinal Tea Trees. Taking the seed and following the careful planning of his step-father, Christopher continued the work Eric had started. And the very first plantation of Australian Melaleuca alternifolia was laid down!

The very first distillation at Thursday Plantation happened at Bungawalbyn during April 1979. Using a primitive recycled old bush still and much hard labour, the first precious drops of Thursday Plantation Tea Tree Oil started to flow.Life for the Deans’ in this wild and primitive world was a bizarre episode of triumph and tragedy.Christopher and Lynda persevered and started to produce Tea Tree Oil from a traditional bush cutting method.

Their first batches of oil that they tried to sell were shunned by the essential oil buying world. By now Christopher had realised that only a handful of people really understood the true value of this oil. He became obsessed with the mission of bringing Australian Tea Tree Oil to the world.

In his vision he saw that this was the natural antiseptic oil of the 21st century. It was the safer alternative, a renewable resource which worked wonderfully well on the skin for everyday first aid use. Driven by this obsession, but still having no funds, Christopher and Lynda started to sell their Tea Tree Oil at local markets.

Using a kerosene lantern and candles for illumination they would hand fill the bottles in their wooden shack in the forest. Labels were hand drawn with crayons. A table was set up and detailed hand written signs outlining much of the history and medical research that had previously existed on Tea Tree Oil was laid out for all to see. It was through this early marketing that Tea Tree Oil began to take root. The effect of this oil was contagious.

An Industry was Born

Once people had used it, they discovered the remarkable results attained with skin problems, sores, rashes that they had suffered with for years. Healing everyday problems like cuts, stings, burns, bites, pimples, vaginal problems, sore throats and the like. There was an overwhelming positive feedback which drove the Deans to build the Australian Tea Tree Industry.

Realizing that they couldn’t do this alone without funds, and also the importance of creating this product for the whole world, the Deans established the Australian Tea Tree Industry Association and lobbied the government to become involved in supporting research and building awareness of the therapeutic benefits and value of Australian Tea Tree Oil.

Soon hundreds of farmers began to rethink their tendency of destroying the environment for the sake of low grade agricultural, high chemical use products, and instead began rehabilitating their land with a native crop tolerant of excess water, requiring very low fertilizing needs, and able to be grown in a sustainable way on a permanent basis with very little intervention.

Backed by the Australian government the Australian Tea Tree Industry was born. The government supported them with agricultural research, followed by detailed scientific studies on the applications of the oil. Many amazing features of Tea Tree Oil were discovered, and meanwhile, word of mouth continued to spread the wonders of the oil.

By 1986, Christopher had confirmed the place of Thursday Plantation as the leading research company on the Tea Tree Oil market. He set off on a world-wide trip crusading to create an awareness of Tea Tree Oil. The oil was delivered to Los Angeles, Vancouver, Dallas, London and on through Sweden, France, Italy, Hong Kong, Singapore, South Africa and New Zealand.

Within a few short years, 20 countries had learnt of the remarkable properties of Australian Tea Tree Oil. At the same time, tens of millions of trees were now being planted and a magnificent sustainable industry was now underway returning hundreds of millions of trees to the native lands. At last, reversal of the previous 200 years of deforestation of the Tea Tree had begun.

With the benefits of Tea Tree Oil becoming widely recognised and scientifically demonstrated, Thursday Plantation has leveraged its expertise in this oil to extend to a whole range of Tea Tree oil based products to respond to the health and beauty needs of many families around the world.

Today, the Ballina factory is still at the heart of Thursday Plantation product manufacturing. The brand is now part of Integria Healthcare, one of Australia’s leaders in natural health solutions.

Oil Uses
About Us